There is no way of knowing how much warning time there will be before an attack by terrorists using a Radiological Dispersion Device (RDD), so being prepared in advance and knowing what to do and when is important.

With this article are the following attachments 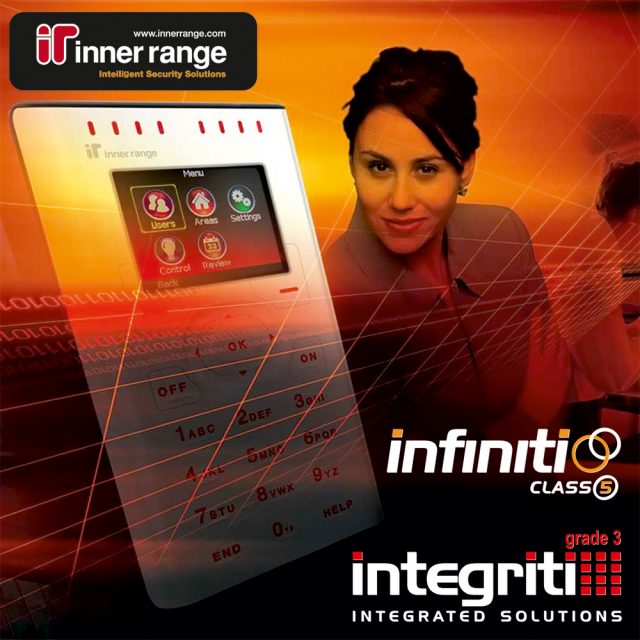 Considering the ease with which an RDD can be manufactured, it is only a matter of time before one is employed. In fact, it is quite surprising that one has not been successfully used already. Certainly, the time is ripe to discuss what RDDs are and are not -- and to consider the mostly likely results of such an attack.

Amsec Australia is in the process of commissioning the he Infiniti Class 5 system, which consisted of a suite of products which, together provide all the elements necessary to meet the stringent requirements set out by the AS/NZS 2201.1:2007 Class 5 standard.

The system installed was modular design provides scope for expansion whilst also boasting a hybrid architecture. The hybrid architecture supports both high-security Class 5 zones and lower-security areas at the same facility at the same time. By ensuring that budget allocations are made for Class 5 zones only where necessary, the end result is a single, holistic and affordable security solution for the entire organisation.

One of the key features is the communications between the Controller, Expanders, Keypads, SIFER Card Reader (including fob/card credentials) are all encrypted to AES 128-bit with MAC authentication. Data encryption ensures secure LAN communications at all times, while the programmable supervisory polling system continuously monitors the LAN to detect cable tamper, cable fault conditions, module off-line and module substitution. The efficient data format used has been developed to ensure fast, secure and reliable communications regardless of the size of the system.

The End of Line Modules (ELMs) are designed to be installed within, or adjacent to a detection device such as a PIR or Reed sensor switch. In conjunction with the Infiniti Class 5 encrypted expander, ELMs provide an encrypted data communications link between the detector and the control equipment. During normal operation Infiniti’s supervisory polling system continuously monitors ELMs to detect any communication failure, device substitution or tamper conditions.

Noting the Integrated High Security Access Control joins seamlessly with the high security alarm system element, the Infiniti Class 5 platform boats an integrated access control platform. At the heart of Infiniti Class 5 lies the Infiniti Access Controller (IAC). The IAC is an IP-based enterprise Access Controller which supports two doors and up to four readers on-board.* Inner Range SIFER Card Readers can be used with the IAC to ensure compliance with AS/NZS 2201.1:2007 Class 5. The SIFER Card Reader is a multi-drop RS-485 based reader that employs AES 128-bit encryption from the card through to the door module, providing a far superior level of security than that of traditional Wiegand based card readers. SIFER readers utilise the Mifare DESfire EV1 card format.

Great news for safety and security at our high end educational facilities.